Angelina Jolie had her bilateral prophylactic mastectomy in 2013 and this has really highlighted the need to be able to perform a mastectomy and reconstruction sequence with a high level aesthetic outcome.

Young women are looking at prophylactic mastectomy more frequently now with the increased genetic counselling and awareness of family related risk factors and as such, are able to make decisions with consideration and time as there is no diagnosis of disease in these women, at the stage of making these decisions.

This has really increased the level of demand for a process which is simple, straightforward and predictable in terms of the quality of the outcome.

Angelina’s surgery had a couple of interesting things which have become a part of our regular practice but she was the first to really be widely publicised and as such I think these features are worth discussing.

Firstly, she had the use of an ADM.  This is a product which is used to cover the bottom half of the implant at the time of mastectomy forming a hammock to hold this implant up against gravity and help to support its weight over time.  It also allows for a more complete filling of the skin after the breast is removed on the day which means there is less filling to do later, if any at all.  The use of ADM has opened the door to the possibility of indeed placing the final implant on the day of mastectomy, which is known as a ‘direct to implant’ approach (or DTI).

In Hamish’s practice there is an increasing prevalence of direct to implant reconstruction where there circumstances are right to allow this.

Angelina also went through a process called nipple delay, where a small operation is done around the nipple to reduce the nipples’ dependence on the blood vessels coming through the breast so that when the mastectomy is done and these blood vessels are no longer available to the nipple, that the nipple is more likely to survive on its connections to the skin around it only.   This operation can be useful to help reduce the chance of nipple loss at the time of mastectomy where this happens as a consequence of poor blood flow.  Some people need to have their nipples removed at mastectomy to manage their disease and this little procedure is not relevant for these people.

Angelina had bilateral nipple delays done before her mastectomies were performed.

Back to What's New? 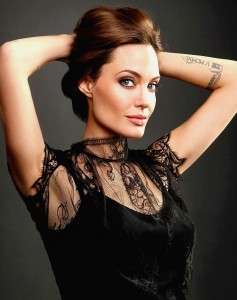